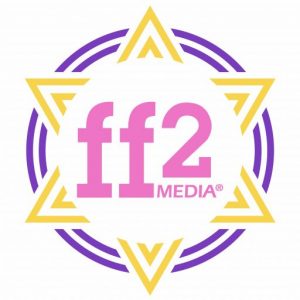 FF2 Media® LLC is an award-winning all-woman team of arts critics who, prior to the COVID-19 lockdown, used to review every film either written &/or directed by a woman that had a commercial release in a Manhattan theatre—regardless of genre, language, nation of origin, or subject matter. We also covered film festivals, re-releases and retrospectives and other special events as time permitted.

FF2 has been represented at prominent film events such as the Academy Awards, the Athena Film Festival, the Sundance Film Festival, and the Toronto International Film Festival. FF2 has contributors from all around the world. We are currently expanding to cover additional art forms that fall within the categories of applied arts, literary arts, performing arts, and visual arts. (See more below.)

As FF2 critics, we represent the receiving end of the work created by women artists. We believe that women artists are all around us, searching for their audiences.

Art is “dyadic” meaning art takes two: the artist and her audience. Our goal is to serve as curators who nurture the necessary handshake between women artists and women in the audience. Through our coverage of art made by women, we show our commitment to the “International SWANs” agenda = Support Women Artists Now!

Note: The terms “woman/women” depend solely on self- identification.

Note: FF2’s goal is to support women artists working in all media & every modality.

Please note: Descriptions above are not exhaustive of each category and categories sometimes overlap.

Dreaming of Melissa Lozada-Oliva "Melissa is an u

Kamala Puligandla is the Feminist Author of the Fu