Alexandra Eldridge: From Dreams to the Canvas

Two years ago, Alexandra Eldridge’s exhibition opened at Nüart Gallery in Santa Fe, New Mexico! Titled A Kinship with All Things, the exhibit included paintings by Alexandra as well as artist Santiago Pérez.

From 1990 to the present day, Gurinder Chadha has built a prolific career as a director and screenwriter.
CONTINUE READING 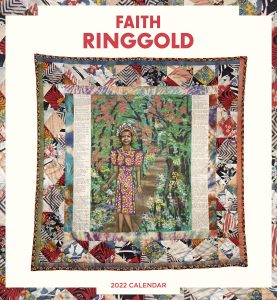 This holiday season, we’re excited to introduce Pomegranate, a publishing, and printing company that offers its customers “art you can bring home.”

In celebration of Pomegranate’s commitment to inclusivity, we’re proud to spotlight some of the brilliant women artists in their catalogue. Read more about Pomegranate here below.… read more. 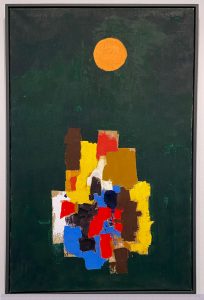 The stream of consciousness that flows throughout the intimate prose of the publication is one that collapses together the looming uncertainty of death with the calm simplicity of living the everyday.… read more.

Prominent Chicago actress, director, and LGBTQ advocate Delia Kropp makes her feature film debut in Landlocked, a heartfelt story of reconnection from indie director Timothy Hall. The film follows “Nick” (Dustin Gooch), an aspiring restaurateur, and his estranged mother “Briana” (Kropp), a transgender woman, as they reunite over the course of a road trip to scatter the ashes of Nick’s other, cisgender mother.  … read more.

Considered the largest documentary film festival in the USA, DOC NYC will show films from all over the world from November 10th thru November 18th.… read more.