Kudos to the 2022 Oscar Nominees for Costume Design

Last week, the Academy Award nominations honoring the films of 2021 were announced and female filmmakers were fairly well represented. Jane Campion’s The Power of the Dog led the nominations, with Campion personally being nominated for both Best Direction and Best Adapted Screenplay. In the latter category, three of the five nominees were penned by women.

Best Costume Design is a category in which women often make a strong showing and this year was no different. Three of the five Costume Design nominees featured the work of a female designer: Jenny Beaven for Cruella, Jacqueline Durran (with Massimo Cantini Parrini) for Cyrano, and Jacqueline West (with Robert Morgan) for Dune.

The English costume designer Jenny Beavan began her career working in theater in London before becoming known for her work on Merchant-Ivory films like Howards End and The Remains of the Day. She frequently collaborated with John Bright, including on A Room with a View. Other notable work includes Sense and Sensibility, Gosford Park, Ever After, and The King’s Speech.

Jenny Beavan has been nominated eleven times for the Academy Award for Best Costume Design and has won twice for A Room with a View in 1985 and Mad Max: Fury Road in 2015. Before Cruella, she most recently worked on Dolittle and this year, her work on the fashion-focused Mrs. Harris Goes to Paris is sure to be stunning.

Cruella, directed by Craig Gillespie, is a live-action origin story for the classic Disney villain Cruella de Vil. The story, with a screenplay by Dana Fox and Tony McNamara, follows an aspiring fashion designer named Estella Miller as she morphs into Cruella de Vil through a series of bad experiences with The Baroness (the head of a popular London fashion house).

Set in London in the 1970s, the film stars Emma Stone (as Estella/Cruella) and Emma Thompson (as The Baroness), both of whom were praised by critics for their performances. The film was also nominated for an Oscar for Best Makeup & Hairstyling and has a sequel in development.

Jenny Beavan’s work is central to the film as it largely revolves around fashion and there are lots of stunning ensembles that are pivotal to the plot. Many of the costumes are highly influenced by the pop-punk revolution of the 1970s. For Estella’s costumes, Jenny Beavan played with a black, white, and red color palette and used lots of different textures, making looks that are cohesive with the iconic outfit for the character in the animated film 101 Dalmatians.

In her interview with Vogue, Jenny Beavan said that she created almost fifty outfits for the character of Estella alone but when asked about her favorite costumes, she said, “There’s a little chihuahua that has a rat costume. I think that has to be it!’

Jacqueline Durran is a British costume designer best-known for her work with director Joe Wright on the films Atonement, Anna Karenina, Atonement, Darkest Hour and Pride and Prejudice. She has also worked on films like the live-action Beauty and the Beast, 1917, and this year’s Spencer.

While she’s been nominated eight times for the Oscar for Best Costume Design, and, like Jenny Beavan, she has also won twice already for Anna Karenina in 2012 and Little Women in 2019.

Her work can next be seen on the screen in Matt Reeves’s The Batman and Allelujah, both of which will be released this year.

Jacqueline Durran’s latest nomination is for Cyrano (which is her fifth collaboration with Wright). This adaptation of Edmond Rostand’s 1897 play Cyrano de Bergerac is based on the 2018 stage musical by Erica Schmidt (who also adapted it to the screen).

Cyrano features music and lyrics by The National and performances by Peter Dinklage, Haley Bennett, Kelvin Harrison Jr., and Ben Mendelsohn. Cyrano premiered at the Telluride Film Festival in September 2021 and has garnered positive reviews from critics ever since. After several changed release dates, it will finally open to the public on February 25.

Jacqueline Durran designed the costumes for Roxanne (the beautiful woman that Cyrano is in love with), while Massimo Cantini Parrini did the rest of the costumes. Joe Wright and the designers chose to set the film in the mid-18th century—rather than its original setting in the late 17th century—which allowed for a different style of gown.

Roxanne (played by Haley Bennett) has a plethora of beautiful dresses worn throughout the film, each seemingly more beautiful than the last. These sumptuous gowns create a perfect contrast with the more down-to-earth and simple costuming of Cyrano, to show the differences in the lives that these two characters lead.

The American costume designer Jacqueline West has been working since 1990 on films including The Curious Case of Benjamin Button, The Tree of Life, The Social Network, and The Revenant.

This is her fourth Oscar nomination, but she has never won the prestigious award. Her work can be seen next in Martin Scorsese’s Killers of the Flower Moon.

Denis Villeneuve’s Dune—recipient of ten Oscar nominations, including Best Picture—is largely considered the biggest technical achievement of the year due to its magnificent special effects, cinematography, and design. Already referred to as Dune: Part One (since Dune: Part Two will follow in October 2023), the science fiction film is adapted by Denis Villeneuve, Jon Spaihts, and Eric Roth from Frank Herbert’s 1965 novel.

Jacqueline West’s work on Dune is unusual amongst the rest of her filmography as she typically works on period pieces and this marks her first real venture into sci-fi. In her interview with the Hollywood Reporter, Jacqueline West describes how she initially turned Denis Villeneuve down when he asked her to work on the film. Luckily, she was persuaded and helped create the 2,000 costumes of Dune, alongside Robert Morgan. The costumes contribute heavily to the world-building of the film and Jacqueline West has described her approach as “mod-ieval,” a modern spin on medieval fashion.

Her inspirations ranged from photographs of the Romanov family to the paintings of Goya to the Knights Templar, but she was also heavily influenced by Herbert’s book. The most impressive creation? Undeniably the stillsuits, outfits based on Herbert’s description that the characters wear in the desert to help their bodies conserve moisture.

Jacqueline West played an integral part in creating the world of Dune, one of the most immersive science-fiction films we’ve seen in many years.

Any of these nominees would certainly be a worthy winner of the Oscar for Best Costume Design. Beavan and Durran would add another win to their impressive oeuvres, while it would be an exciting first win for West. Regardless of who goes home with the award, the work that these ladies have done is stunning and worthy of being recognized.

Congratulations to Jenny Beavan, Jacqueline Durran, and Jacqueline West on their nominations. They are all winners to us!

And, last but not least, kudos as well to the four guys also nominated this year in the Costume Design category: 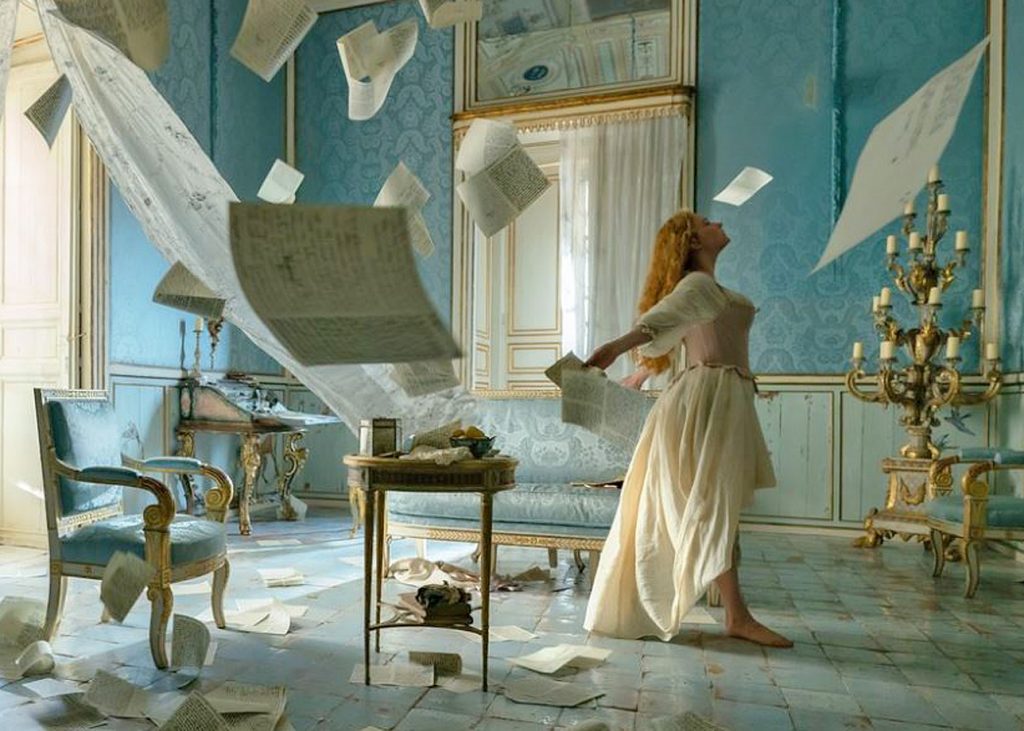 Read Jacqueline West interview with the Hollywood Reporter quoted above.

by Nicole Ackman February 22, 2022
Nicole Ackman is an FF2 Media Associate based in North Carolina, after living in London and New York. She graduated from Elon University with a Bachelors degree in History and Strategic Communication and from City University of London with a Masters degree in Culture, Policy, and Management. She is a theatre and film critic and is a member of the North Carolina Film Critics Association. Her taste in film tends towards period dramas, movie musicals, and anything starring Saoirse Ronan. In addition to film, she is passionate about history, theatre, Disney parks, and classic novels by female writers.
Previous Post Next Post