Filmmaker Nadine Labaki Believes in the Power of Cinema

by Anna Nappi
Arts: Cinema Arts SWAN of the Day
No comments

Today, we celebrate the birthday of Lebanese filmmaker Nadine Labaki!

Nadine started her career behind the camera in 2007 when she premiered her directorial debut — Caramel — at the Cannes Film Festival. Before the release of Caramel (a comedy about five Lebanese women set in a beauty salon), Nadine primarily spent her time in front of the camera (starting with a Lebanese talent show TV series as a teenager).

Her love of movies began when she was a child spending time at the theater owned by her grandfather in Lebanon, where she grew up during the civil war. As she moved toward making films, Nadine directed music videos with the goal of depicting Lebanese women who are comfortable in their own bodies. Eventually, she took on the role of both director and actor in her sophomore film, Where Do We Go Now?, about Muslim and Christian women who try to dissuade their husbands from starting a religious war.

In Amelie Lasker’s FF2 article on Nadine’s directing style, she writes, “Nadine has a background in dance, and she incorporated dance in Where Do We Go Now? as a way of bringing her ensemble together and producing arresting images of grief and resilience.”

In another FF2 review, Hannah Mayo writes, “Nadine’s style of filmmaking, with all its carefree musical numbers and comedy, feels quite detached from reality for much of it. While some may dismiss it because of this, I feel that this is what makes Where Do We Go Now? such a strong film. It has a sort of allegorical feeling, which is especially supported by the choice to keep the village and country in which it takes place unnamed. The story of religious quarreling and groundless masculinity is a universal one, as is the solution of compassion and community.”

“The story of religious quarreling and groundless masculinity [in Where Do We Go Now?] is a universal one, as is the solution of compassion and community.”

After Where Do We Go Now? premiered in 2011, Jan Lisa Huttner (Editor-in-Chief of FF2 Media) interviewed Nadine regarding her career and early life, as well as the magical realism and dramedy aspects of her film, which Jan describes as “brilliant.” In response to Jan’s question about how she blends subversive components in her filmography, Nadine shares: “I have a problem with injustice. I have a problem with seeing the wrong things around me and just not saying anything about them. I am not able to do this. So for me, cinema became my way to express myself and to take this anger out in a soft way, because it also has become part of my nature. 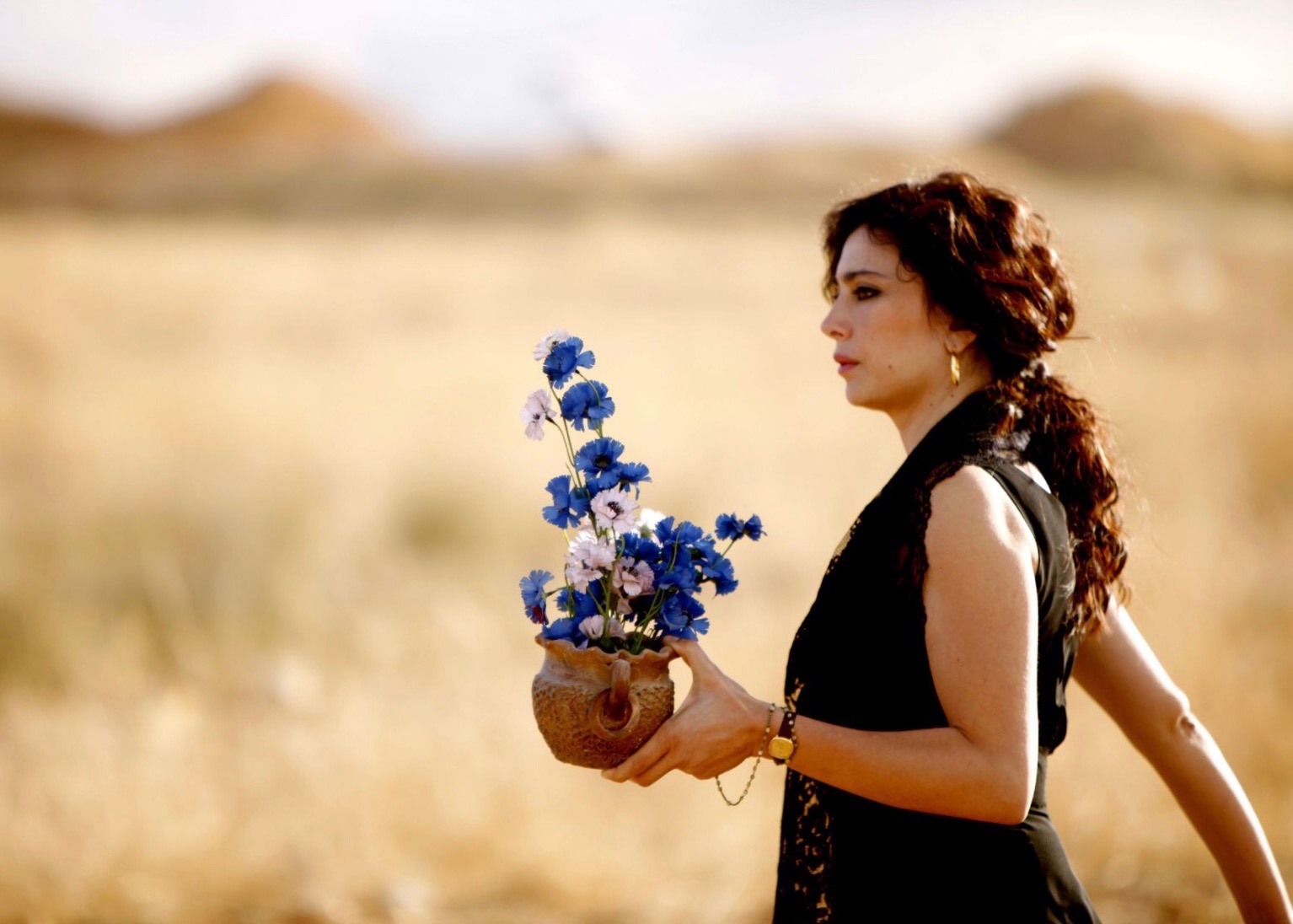 Nadine’s best-known movie is her third, Capernaum, which she released in 2018. It follows a 12-year-old boy named Zain who lives in a poor neighborhood in Beirut, and eventually attempts to sue his parents for child neglect. The film received critical acclaim, and was nominated for Best Foreign Language Film at the Academy Awards (among nearly 20 more nominations and 22 other wins). The was the first time the work of an Arab woman filmmaker was recognized by Oscar voters.

FF2’s Sophia Jin wrote about a Q&A at Manhattan’s Film Forum on the night Capernaum was released in the USA, where Nadine said: “It’s very difficult to let go when you feel like there’s so much more to do. For me, it doesn’t stop at the borders of a film. It should become a conversation and this is how, I think, the healing starts.

My duty is to take it beyond just a film, so we are going to show it to the government, organize round tables, and talk to different ministries. We are getting a lot of help from the UN, UNHCR, UNICEF; that’s how Zain got resettled, and that’s how most of the kids are going to school now. There’s a movement that has started to happen and we need to take it further. There is a lot of cynicism in this world with people telling me that ‘you’re dreaming, nothing’s going to happen.’ Even if nothing will happen, still, I think we need to try, we have to try.”

Nadine continued later: “I believe in the power of art, in the power of cinema, because it actually humanizes the problem instead of hearing about it in the news, and in a sort of abstract kind of way, you’re actually seeing the struggle through a human being. You’re giving it a face; a face of a child, a mother, a father, a family. You’re actually seeing it, you’re empathizing with it, you’re identifying with this person that you’re seeing on the big screen, and it moves you differently.

When you know you’re watching people who are living in those same circumstances, it has an even bigger impact on you because you know that you’re leaving this theater today, whereas these kids are still stuck there in that same struggle.”

Learn More/Do More: Read these posts by members of the FF2 Media team!

Read Hannah Mayo’s review of Where Do We Go Now? here.

Read Jan Lisa Huttner’s interview with Nadine about Where Do We Go Now? here.

Read Lesley Coffin’s interview with Nadine about Capernaum for FF2.

Featured photo from Caramel. Middle photo from Where Do We Go Now? Courtesy of Sony Pictures Classics and Roadside Attractions. 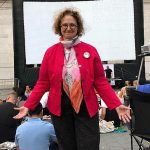 FF2 Media team members have been aware of Nadine Labaki’s work since the release of Caramel in the USA in 2008, and we have followed her work closely ever since. In 2019, we were proud to serve as co-sponsors of the June 7th “Films on the Green” screening of Where Do We Go Now?

Members of the FF2 Media team at the French Consulate reception to kick off the 2019 season of “Films on the Green.” From left: Farah Elattar, Katusha Jin, Sophia Jin & Jan Lisa Huttner. 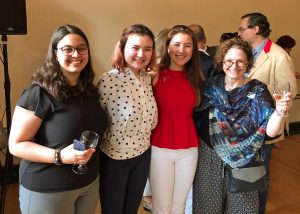 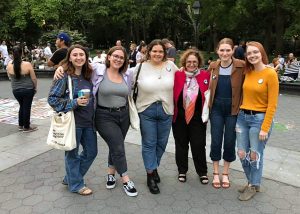 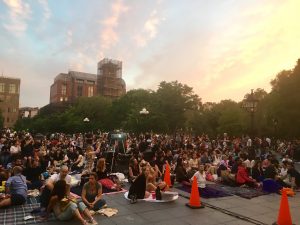 Now Streaming: Caitlin Moran teaches us ‘How to Build a Girl’

by Anna Nappi February 18, 2022
Anna is currently a senior at Brandeis University studying Film, Journalism, and Psychology. At Brandeis, she writes for the student newspaper and is the undergraduate degree representative of the Journalism program. From theaters to museums to concert halls, she loves exploring the art world in Boston as well as in her Maine hometown. Anna is passionate about FF2’s mission and excited for the opportunity to work alongside a wonderful team dedicated to supporting women artists.
Previous Post Next Post