Queen of Comedy Amy Poehler — No Limit to Her Potential

by Anna Nappi
Arts: Performing Arts SWAN of the Day
No comments

Often dubbed the modern-day queen of comedy (not to be confused with her best friend and frequent acting partner, Tina Fey, who you can read more about in this FF2 article by Katusha Jin), actress, writer, producer and director Amy Poehler celebrates her birthday today!

A Massachusetts native, Poehler graduated from Boston College before deciding to pursue comedy professionally in Chicago. She began by taking improvisation classes before eventually joining a touring company alongside Fey. Only a few years later, she made her debut on Saturday Night Live and was the first woman in the history of the series to rise from featured player to full cast member in just one season. On SNL, Poehler and Fey broke another record by becoming the first female co-anchors of the “Weekend Update” and were responsible for the positive shift in women-led sketches on the show.

Amy Poehler credits her mother as inspiration for her feminist activism, which is similar to the plot of her 2021 film, Moxie, adapted from the book by Jennifer Mathieu. It centers around a young girl who publishes an anonymous magazine calling out misogyny at her school after learning of her mother’s past activism. Prior to Moxie, Poehler released her first feature film, Wine Country, in 2019. With a cast of well-known funny women, including Maya Rudolph and Rachel Dratch (also of SNL fame), Wine Country is about a group of friends celebrating the 50th birthday of one of their own in Napa. Brigid K. Presecky describes it as “Bridesmaids with the schtick turned down and the realism turned up. The funniest moments come in sharp one-liners and exaggerated facial expressions, ‘things we say now’ quotes and mocking confident millennials and their art shows. As humorous as one would expect, it’s equally as tear-inducing with health scares, lost jobs and the feeling of being left out. Amy Poehler in a role without her Leslie Knope cheer from Parks and Recreation or Joy from Pixar’s Inside Out gives an impressively moving speech as Abby breaks down about her unemployment and lack of control.” Read Brigid’s full review of Amy Poehler’s birthday movie (on her birthday!) here.

For her contributions in cinema and beyond, she earned The Women In Film Entrepreneur in Entertainment Award at the Women in Film gala. In her piece on the event, Angela Stern writes, “this award celebrates ‘the ongoing achievements of an individual whose work nurtures the advancement of their female collaborators.’ Amy Poehler has been making us all laugh for more than two decades. From the SNL stage to her latest accomplishment, Wine Country, Poehler is one of the most versatile and dedicated women in the industry. Wine Country is an endlessly entertaining film that recently dropped on Netflix. Poehler stars in the female-driven film, but perhaps more importantly, she not only produced this gem but she made her directorial debut guiding a cast of talented women. Poehler is living proof that women can be powerful in many capacities, and no limitations can be placed on their potential.” Happy Birthday, Amy Poehler! 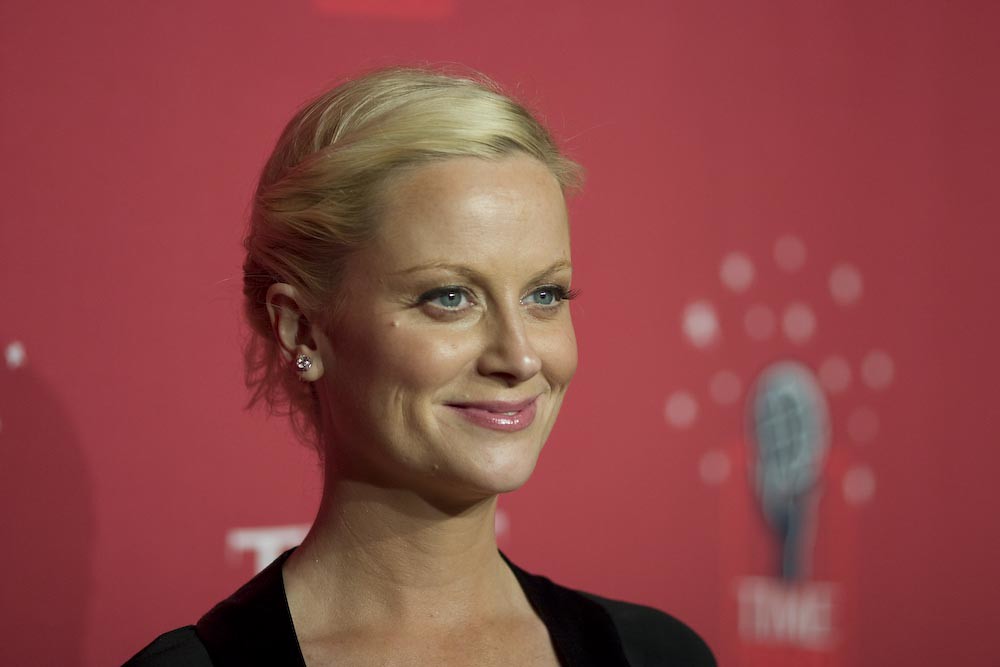 Bottom photo: “Amy Poehler” by Rubenstein is licensed with CC BY-NC 2.0. To view a copy of this license, visit https://creativecommons.org/licenses/by-nc/2.0/

by Anna Nappi September 16, 2021
Anna is currently a senior at Brandeis University studying Film, Journalism, and Psychology. At Brandeis, she writes for the student newspaper and is the undergraduate degree representative of the Journalism program. From theaters to museums to concert halls, she loves exploring the art world in Boston as well as in her Maine hometown. Anna is passionate about FF2’s mission and excited for the opportunity to work alongside a wonderful team dedicated to supporting women artists.
Previous Post Next Post