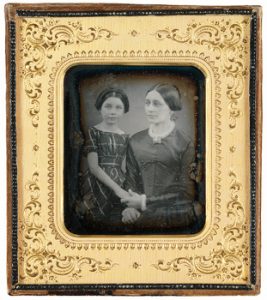 Composer Clara Wieck was born on September 13th, 1819 in Leipzig, Germany. From a young age, Clara was surrounded by music. Her mother, Marianne Tromlitz, was a very successful and talented singer. Her father, Friedrich Wieck, was comparable to Mozart’s father; both were teachers dedicated to building the musical careers of their children. Growing up, Clara would rigorously study with her father, having daily lessons in piano, violin, voice, theory and harmony, composition, and counterpoint. After these lessons, she would practice for hours under his stern supervision.

She made her professional debut as a performer in 1828, giving a solo recital in Leipzig at the early age of 9. Then, at the very young age of 11, she went on a big tour around Europe. She encountered many geniuses while on tour, including the infamous Nicolo Paganini, who was so taken by her performance that he offered to perform with her. She also met Franz Liszt and Frederic Chopin, both of whom were completely besotted by her and her talent. Not only was she a child prodigy, but she was an icon and a true early celebrity. In 1838, she was honored by the Austrian court and elected to the Society of the Friends of Music in Vienna. Even amongst all these accolades, Clara Schumann’s greatness was only just unfolding.

Clara’s personal life deeply impacted her career. Clara Wieck met Robert Schumann in 1828. He eventually moved in with the Wiecks in order to study with Clara’s father, but he injured himself during practice and was never able to become a concert pianist. Nevertheless, Clara Wieck and Robert Schumann fell for each other and their romance continued to evolve. However, Friedrich Wieck, Clara’s father, opposed their union. So, what did they do? They went to court to appeal to the judges to allow them to marry. Their court date was on September 12th, 1840, one day before Clara turned 21. Despite the difficulties they faced in getting married, their union turned out to foster a beautiful musical partnership and collaboration.

Remarkably, Clara Schumann had a strong 61-year career as one of the most prolific concert pianists in Europe of the Romantic period! Schumann also balanced mothering 7 children and a husband struggling with mental health. Although domestic life and familial responsibilities curtailed her performing career, she continued going on tours and teaching at the Leipzig Conservatory. Aside from her performing career, she was also a sensitive and musical composer. However, as one can imagine, it was difficult to be a woman composer in the 19th century. She faced struggles and heartbreaking frustrations: she believed she possessed creative talent but felt unsure about having to lead the way for women composers. 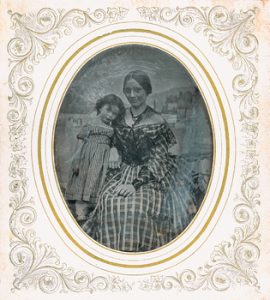 Female composers of the time tended to write small-scale music such as chamber music or solo pieces. They rarely had opportunities to write operas and symphonies, and they generally weren’t allowed to perform publicly. Clara Schumann was able to write some bigger works which, in her case, were deemed “feminine” enough. One of her most notable works is Piano Concerto (1836) which was much more Chopin-esque than Robert Schumann’s concertos and was also reminiscent of Peter Tchaikovsky’s 1st piano concerto. She was only 16 when she wrote Piano Concerto (1836). The piece is highly virtuosic (it shows off and glorifies her own abilities), and she performed it often.

Another notable composition is her Piano Trio in G minor, Op. 17 (1846). It consists of four movements and has a darker character with quite a bit of fugal development. One of her compositions, Romance in A minor for solo piano, will be performed at the New York Philharmonic in October. This romance has a lyrical melody which would have lent the piece enough feminine qualities to be deemed appropriate for a woman composer at the time. She achieves this by using Classical formal structure and a Romantic harmonic language.

Her Variations on a Theme by Robert Schumann (1855) perfectly portrays how intimate their relationship was. Using Robert’s themes (from his Bunte Blatter, op. 99 no. 1) in her work is an exploration of their joint love and passion for music and composition. The seven movements explore the theme, shifting from a gliding romantic interpretation of the third theme into the fiery rage of the fifth theme. The seventh — and final theme — encapsulates Clara’s own style of writing. The music is complex and elaborate, and it transforms from a simple theme into an exploration of emotion. This work was inspired by Robert’s own heartbreakingly tumultuous life. Clara Schumann’s Drei Romanzen (circa 1853) were perfect character pieces that also paid homage to Robert. This work was in collaboration with Joseph Joachim — the legendary Hungarian violinist of the time. Clara Schumann and Joseph Joachim did extensive tours together. He was the dedicatee of many composers, including Johannes Brahms.

Johannes Brahms became a close professional and personal friend of the Schumanns beginning in 1853. His talent in his playing and composition impressed them, and Robert went on to write about Brahms in his music magazine New Journal of Music (Neue Zeitschrift für Musick). Both Brahms and Clara would visit Robert when he was ill in the asylum. After Robert’s death in 1856, Brahms and Clara continued what would be their lifelong friendship. Brahms would always send Clara new compositions for her approval before he published them. You can hear one of the pieces Brahms sent to Clara before publishing (Serenade no. 2) at the New York Philharmonic in October.

The prolific composer and performer Clara Schumann was influential in her own time and remains so to this day. In classical music, most pieces that are performed regularly were composed by men. A lot of people will have heard of Johanne Sebastian Bach or Richard Wagner or Franz Schubert, but fewer people will have heard of female performers and composers. Today, as awareness of women artists continues to grow, Clara Schumann stands out as perhaps the single most influential woman in the history of European music. 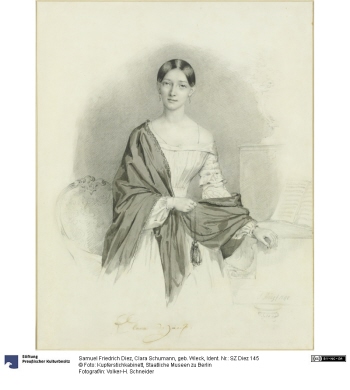 Last photo: “Clara Schumann, geb. Wieck” is licensed with CC BY-NC-SA 3.0. To view a copy of this license, visit http://creativecommons.org/licenses/by-nc-sa/3.0/

She’s Royalty to Me: A Tribute to Carrie Fisher

‘Bridesmaids’ at 10: Being One Requires a Pinch of Humor & Cynicism

by Sophia Jin August 23, 2021
Sophia is currently a student of classical music. She joined FF2 Media in 2018, and loves working with everyone on the team because not only does it promote women's roles in films, it also opens her up to more works done by women. Sophia is so glad that there is a space that is full of women alike in their passion to bring more attention to females who are just as capable or even more capable than men in the industry.
Previous Post Next Post