As ‘Bridesmaids’ Turns 10, Let’s All “Hold On” to Its Happy Ending

We all love a good wedding comedy. Bridesmaids (2011) does an excellent job of making us—the women in the audience—laugh out loud at the ridiculous contrasts between “Annie” (Kristen Wiig) who is the long-time best friend of the bride and new wannabe number one “Helen” (Rose Byrne). The Wiig/Mumolo screenplay—by Wiig and co-screenwriter Annie Mumalo—artfully contrasts their lifestyles as well as their different ideas about the makings of a “perfect” wedding.

When brought together by Lillian’s wedding, all the principal players in this female-centric comedy combined to create a blockbuster cinematic success, easily surpassing the film budget with its box office numbers as undying audience affection!

Ten years later, we still enjoy the riotous camaraderie between these friends (some of whom start as frenemies). But we must always remember that it takes a village to make a film that’s so interesting and engaging. With a long list of achievements and films dating back to 1999, such as Me and You and Everyone We Know (2005), Michael Andrews won the BMI Film Music Award for Best Film Music, adding to the Bridesmaids train of awards and nominations. He went on to score Bad Teacher (2011), The Five Year Engagement (2012), Neighbors (2014), I Feel Pretty (2018), and several other recent comedy gems.

The importance of music is often appreciated in the moment, but maybe not explicitly thought about as often as it should be. It is so critical to use the right cadences and harmonies in order to produce the specific memories and feelings that audiences will attach to each scene. Scenes in films where particular songs are important to the characters, thereby, become essential to the plot. Lillian and Annie have a lifelong friendship, and even though their bond seemed to weaken throughout Lillian’s engagement, it’s clear even on their bad days they have the strongest of friendships.

One thing they will always bond over is “Hold On” by Wilson Phillips—their favorite song to jam out to. There’s a lovely moment where the film comes full circle, where Lillian and Annie find each other again, tied together by this special song.

No one can change your life except for you

Don’t ever let anyone step all over you…

Don’t you know, things could change

Things could go your way

If you HOLD ON for one more day 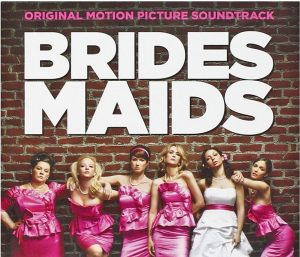 Music plays an important psychological role in films, and Bridesmaids is no different. Though the film doesn’t have its own “big score” (music as memorable today as the themes from Harry Potter, Star Wars, and The Godfather all of which have all become so familiar to us that we conjure up the fantastical worlds we associate with these themes as soon as we hear them), there are carefully placed songs between scenes, during montages, and in moments of intimacy and deep conversation, as well as in moments of pure excitement and joy.

Helen and Annie’s feud over Lillian’s friendship includes focusing on a Paris theme to Lillian’s bridal shower. During this, the audience hears stereotypical, classic “French” accordion music. You hear a jazz band play in the engagement party, and typical bar music when there’s a scene in a bar, which seems very obvious, but of course requires planning in order to fit the film.

Bridesmaids is a comedy, so each piece of dialogue is essential in order to understand the jokes, and Bridesmaids also has a lot of physical comedy. But even though the music in Bridesmaids doesn’t take a front seat, the soundtrack smooths out the atmospherics, helping the disparate elements blend together to create a harmonious end result.

A decade after its first release and initial box office success, Bridesmaids still enraptures the audience with its humor, setting, costume, and music. Each detail is thought out making every moment memorable. The song that has joined Lillian and Annie together from childhood comes full circle, brings in a new friendship with Helen, and it knits together all the disparate strands to achieve the “aah” of a happy ending. 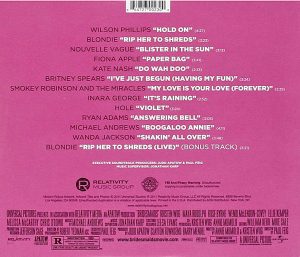 Stephanie A. Taylor 4 years ago

Does the future of films by women lie in shorts?

by Sophia Jin June 7, 2021
Sophia is currently a student of classical music. She joined FF2 Media in 2018, and loves working with everyone on the team because not only does it promote women's roles in films, it also opens her up to more works done by women. Sophia is so glad that there is a space that is full of women alike in their passion to bring more attention to females who are just as capable or even more capable than men in the industry.
Previous Post Next Post