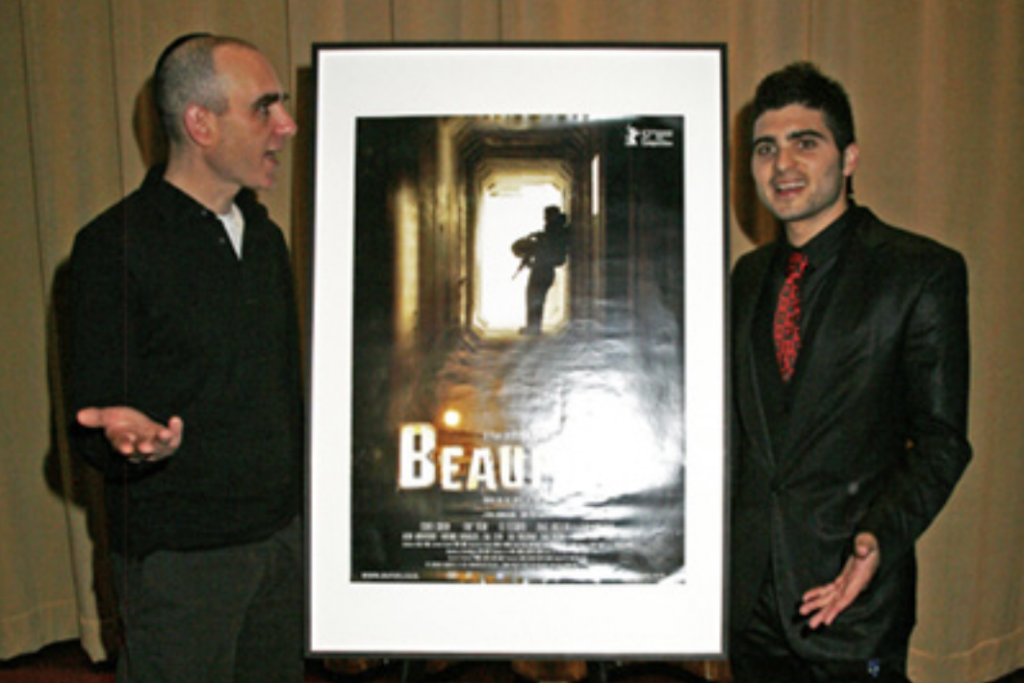 In September 2004, Joseph Cedar’s film CAMPFIRE received five “Ophir Awards” from the Israel Film Academy including Best Picture, Best Director, & Best Screenplay. But when it made its American debut one month later at the Chicago International Film Festival, CAMPFIRE received mixed reviews from the local press Although it was eventually released in American art house theatres, it never caught on here.

Did Israelis see things in CAMPFIRE that simply went over most American heads? While there are many universal elements to this story, Jan believes there are also underlying dynamics that make it much more than a soap opera about a widow looking for a new husband. This interview provides important insights into characters portrayed by the actor Oshri Cohen, growing from a kid in CAMPFIRE (in 2004) to a man in BEAUFORT (in 2007). 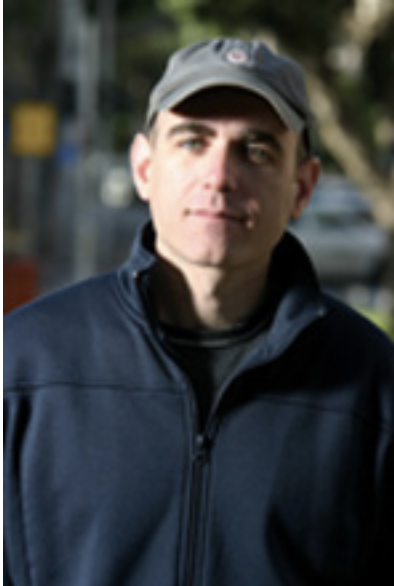 Jan: Let’s start by discussing the title, Joe. Why call your film CAMPFIRE as opposed to say “Bonfire”?

Joe: In Hebrew “campfire” has a dual meaning: “medurat hashevet” literally means “tribal campfire,” but it also has another meaning. For example, Channel 2, the most popular TV channel in Israel, is considered “the tribal campfire” because it’s a center of some kind of culture. If you connect through it you are part of the tribe, but if you find yourself away from it, then you are an outsider.

Jan: I’m asking because in the film, the characters talk about “going to the bonfire.” So the English subtitles don’t match and I don’t want American audiences to be confused. “Campfire” here communicates a tribal component?

Jan: Which brings us to Bnei Akiva, the youth group that “Tami” (Hani Furstenberg) and “Rafi” (Oshri Cohen) belong to. They’re more than just “boy scouts” in the American context, yes?

Joe: In Israel, youth groups have a clearly defined political orientation. Bnei Akiva is the arm of the National Religious Party, and it combines religious observance and generally right-wing politics.

Jan: And the movie that they’re watching is about Entebbe & about the death of Jonathan Netanyahu (brother of ex Prime Minister Bibi Netanyahu), right?

Joe: Yes, they are watching the film OPERATION THUNDERBOLT, which is also in a way a tribal campfire in itself. In 1976, when Israelis found out about the raid on Entebbe, that became something people wanted to connect to, but not everyone could. The boys who assault Tami at the Lag Ba’omer bonfire come from a different social class; they’re left outside.

Jan: When Tami’s mother “Rachel” (Michaela Eshet) says: “In my time, we didn’t have people like that in Bnei Akiva,” what is she really complaining about? Is she alluding, in part, to the fact that these boys are Mizrachim whereas Tami’s Ashkenazi?

Joe: Yes, what separates “the bad boys” from “the good boys” in this movie [set in 1981] is partly the fact that they’re Mizrachim.

Jan: Well I’m pushing you on this topic because I don’t think most Americans understand how diverse the Israeli population is. They think most Israelis are “Europeans,” descendants of Holocaust survivors They don’t realize how many Israeli families come from Arab countries.

Jan: When you watch CAMPFIRE as an Israeli, you can assume a lot about these kids, but I want Americans to know more about Rafi.

Joe: When I first began writing this movie, I tried to understand who Rafi is, and Rafi had a much larger role in the first drafts. I am working with this character in my next movie too. It is a war movie, and I’m taking Rafi and having him 10 years older, as an officer in the army: someone who is clearly talented, gifted, and charismatic but who never had a “rite of passage” into the Israeli mainstream.

If I look at Israel today, there’s still a separation between “the first Israel” and “the second Israel.” The “first Israelis” are people who feel that they belong, that they have rights; Israeli culture is something that they contribute to and own. The “second Israelis” are the people who feel that they have to hook on to that if they want to be part of society, but they can’t contribute anything on their own. They have to change their own customs and hook onto a new culture.

In the ‘50s, it was very, very clear. In the mid ‘70s and ‘80s, the line was a little blurred, but there was still that separation. Now there’s still that line, but I don’t think it’s between Mizrachi or Ashkenazi. It’s probably “old immigrants” and “new immigrants,” but it’s more a state of mind than a racial thing.

I think that even as an American in Israel, I had that state of mind. If I want to belong, I had to lose my American orientation. I couldn’t dress American. I shouldn’t speak English with my parents. I had to become Israeli. It’s the same kind of sentiment: wanting to erase your unique culture, heritage or ethnicity in order to belong in the Israeli melting pot, which is good on one hand, but from my perspective today, you lose a lot. I can’t see how that line will ever disappear. There will always be people in Israel who feel more at home than others.

Joe: Probably it’s true in any country, but in Israel it just seems more polarized because… You know what? I don’t know how it is in other countries!

Jan: So back to the campfire… 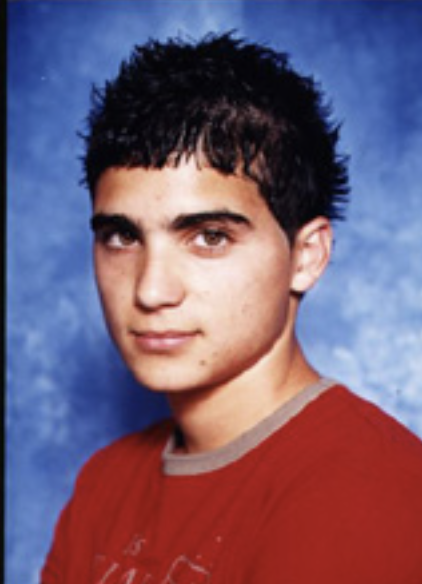 Joe: What happens to Rafi at the campfire is that he doesn’t have the courage to stop what’s happening to Tami, even though he knows he should. And he’ll go on living, thinking that he betrayed Tami and himself, and this is something he’ll have to correct in his life.

He’s someone who will resent being forced to change in order to belong, and when he grows up he’ll say: “Okay, I’m not going to change any more. I’m going to make people accept me for what I am.” But he’s too young for that in CAMPFIRE.

Jan: So even though Rafi turned out to be a relatively minor character in CAMPFIRE, he’s the one who comes closest to your own point of view?

Joe: Yes, I think so; he is me, in a way. The heroes that I find myself attracted to are people who are strong enough to take a stand, not because they know what’s right and wrong but because they can break away from the social glue that numbs their consciences, and I feel that. The hardest things for me to take a stand on are those that are opposed to what my family and friends believe.

I think a lot of what’s coming out of Israel in the news and in the headlines is very black and white on the issues. I have an opportunity to make movies in Israel, and the two movies that I’ve made [CAMPFIRE & TIME OF FAVOR] touch political ideas or touch ideas that are in the headlines, but from an angle or a point of view that is very, very different from that of a journalist looking for a conflict.

I am not looking for the conflict; I’m looking for the human motivation behind the different forces that find themselves in the news. This is not a movie about the political impact of settlements. It’s a movie about the social dynamics within an ideological group, which could be an extreme-left group, a group of farmers, or a group of environmentalists. That’s the way I see it.

How does ideology affect your personal life? This is something that really interests me. It is my theme in life. I don’t have answers, but it’s a big deal.

by Jan Lisa Huttner September 1, 2005
Jan Lisa Huttner is a Brooklyn-based arts critic & feminist activist. She is the creative force behind the SWAN Movement—Support Women Artists Now—which has just begun its third phase as International SWANs® (aka iSWANs). In the Jewish world, Jan is best known as the author of two books on Fiddler on the Roof—Tevye’s Daughters and Diamond Fiddler—both of which flow from a strongly feminist POV. She also served as both story consultant and “talking head” on the award-winning documentary Fiddler: A Miracle of Miracles.
Previous Post Next Post